Seasonal, healthy and delicious vegetarian recipes, with the occasional cake thrown in for good measure! 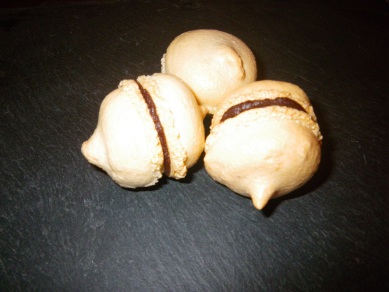 I have loved macaroons since I first tried them when my boyfriend brought me back a box from Laduree in Paris.  Not only do they taste great but they look beautiful and are very impressive. The range of flavours from traditional chocolate and vanilla to salted caramel and blackcurrent violet all presented beautifully in pale mint green boxes with purple tissue paper. For anyone reading this in London they are four shops in London and I would urge you to go and try their macaroons.

Macaroons have been my nemesis for six months now. Previous attempts have always tasted great but the mixture has been too runny and they have cracked when in the oven and the ganache has never been quite right. Yesterday I decided to have another go.  I thought I would try a simple vanilla macaroon with a chocolate ganache. I also tried a different method of making them using an Italian meringue which involves adding a hot sugar syrup to whisked egg whites. The resulting macaroons are not perfect but not one cracked, it is just an issue of shape and uniformity I have to overcome now. Something that I did notice was I used two different trays, one think bottomed and one thin, the ones on the thick bottomed tray cooked much better and had a better base then the others. 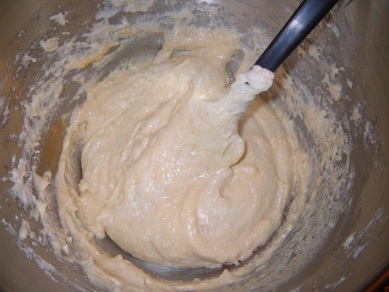 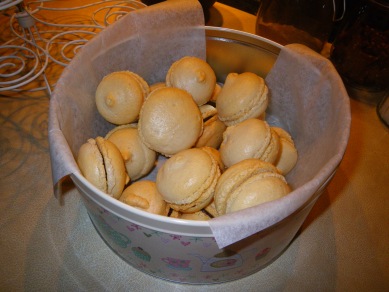